New album out on Makkum Records and Subroutine. Release show in Leeuwarden on April 23, together with Meindert Talma, Tsead Bruinja and Peter Sijbenga.
Look here for info and tickets 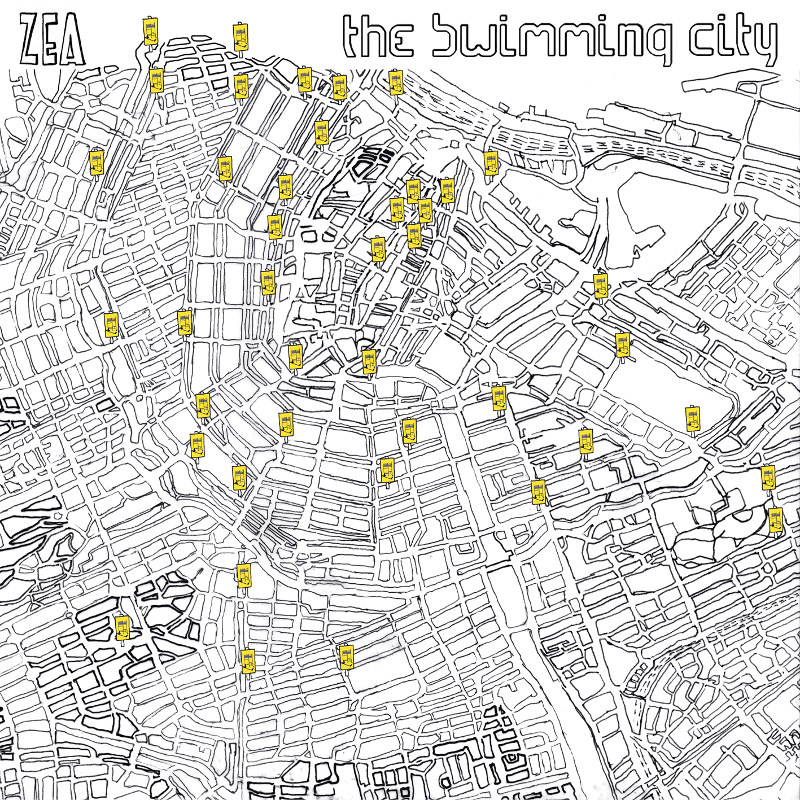 The new Zea album. Featuring Mats Gustafsson, Xavier Charles, Oscar Jan Hoogland and more. Out now on Makkum Records (MR 10) on LP and CD. Release party at OCCII on March 28, with King Ayisoba and Band and more. Get it here! END_OF_DOCUMENT_TOKEN_TO_BE_REPLACED

A split 7″ with Oscar Jan Hoogland.
Listen on Bandcamp 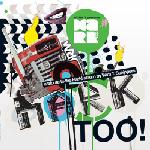 OPEN UP YOUR NOSE
The kind of project that brings the old mad scientist cliché out for an airing, “It’s insane, but it just might work.” The insanity in this case being Melt Banana, Felix Kubin, Jason Forrest & Donna Summer and 1-Speed Bike to laying down their versions of tracks from the demento-a-go-go-electro-pop-rock people known as Zea.
Now then, 1-Speed Bike come from Canada, they cover the sentimental ditty “Along With The Rest Of This Racist System We Left The Body Of Indie Rock On A Plateau For The Vultures To Eat” and it sounds like a light engineering workshop version of “Stars In Their Eyes”, tonight 1-Speed Bike are being wilfully weird at various speeds and while the chiming things are oddly delicate, the warping and electro-bass n drum stuff is resolutely industrial, all of which provides a neat counterpoint (are we allowed to use words like ‘counterpoint’?) to the cute-kiddie indie drawl vox, smart stuff.
Next please; Melt Banana do “Flying Objects Arrived” and their version will make you believe that the objects are in the room with you, it being quite insane to use acoustic guitars and tape loops with an electro clipped n snipped vox, I can see this on TOTP, but a few minutes of this and you tend to see all sorts of cool things. Another, I dare you; Jason Forrest and Donna (no, not the gay icon) Summer have a go at “Kiss Kiss Folk-Rock Mix” and it’s unutterably fab, hip-welding some space-dance smash n masherooni with some nicely delicate bits of acoustic strumming, this is barmy, any more? Yes, the man known as Felix Kubin shows “Slides From Yesterday” and it fails to blot the copybook, being, as it is, some jazzed out spacescape with wandering bass backing a yobby vox, it’s all fractured n fucked, but the reverb is a treat and the kiddie-kaos-korus is scary.
[Unpeeled – April 2005]

They spoil us they do those rather nice people over at Transformed Dreams. Literally just taken delivery of this caustic cutesy, how could we resist the spasmodic schizoid psychedelic menace of that devilish Dutch duo Zea. This bastardised twelve inch slab of wax has the Zea kids being sonically re-assessed, dissected and twisted in side out by four guest remixes from a motley cast that features (with a certain amount of ‘no surprises’) Melt Banana, (less obviously) 1-Speed Bike and two artists previously (though I’m shamed to it) unknown to me Jason Forrest and Felix Kubin. Constellation’s star turn 1-Speed Bike set about diluting the impetuous ardour of ‘We buried Indie rock years ago’ and despite coating the original incarnation with a gritty exterior that at times is made to sound like two separate records at odds with each other with the vocal kept intact riding gun shot, their futuristic chaotic shuffle like mutant dub still tigerishly stings and claws at the hi-fi. Melt Banana are unusually laid back in their approach to ‘Flying objects will reach you soon’ as the press release so rightly points out revealing a hitherto unseen ‘delicate side’ which in real terms is pretty near to comatose, slick psychedelic touches in tow they warp the original with a curious off kilter feel that sees them picking the bones out off the Butthole Surfers ‘Hurdy Gurdy Man’ retread and waxing the resultant misfit with a constantly shifting edge and an eerie drip dried effect spliced with smudges of down tempo chic.
Flip the wax to be greeted by Jason Forrest AKA Donna Summer (no kids not the Donna Summer though we’d loved to hear him trashing the life out of ‘Bad Girls’). Forrest gets up close and personal with ‘Kiss Kiss revolution’ to set beneath it a charge, lights the fuse wire and casually walks away to see what shakes from the resulting explosion. In between the extremity of riot laden beats that clatter about with violent verve there lie moments of joyfully wonky acoustics that veer close to the worlds occupied by Animal Collective which neatly lead to our final guest – Felix Rubin. Personally it has to be said my favourite cut here mainly for the fact that it’s so crookedly unhinged if it doesn’t give you a mother of all migraines then at the very least it will leave you feeling visibly unsettled. Operating in some vacuum like dream world, Rubin takes to the task of re-inventing ‘Mountain every minute’ with an expectant keenness only afforded to children on Christmas Day or would be psychotics eyeing you up in a way that suggests that they are weighing up whether your head will fit in their fridge. That aside the music – well to a large degree very much touched with a sense of early crucial era PIL being shredded to pieces by a momentary panic attack borne out of the arrival of acutely disjointed break beats rampaging without due care which overall is tersely housed in a very macabre like chilling setting that’s not a million miles away from the kind of stuff Elemental where adept at sneaking under the wire for Creeping Bent all those years ago.
Did we say essential – thought not – essential there you go.
Mark Barton
[LosingToday – Missive 60 – 2005.03.27]